Death Penalty Decision: What will sway Eric Holder's judgement? by B Blake

January 5th 2014
US Attorney General Eric Holder is expected to make his announcement on whether prosecutors will seek the death penalty against accused Boston Marathon bomber Dzhokhar Tsarnaev by Jan. 31, 2014. The decision is particularly controversial because if sought, the sentence would be handed down in Massachusetts, a state that has consistently rejected all efforts to reinstate capital punishment over the years. With that in mind, exactly what will Holder be expected to consider whilst reaching his life or death decision? 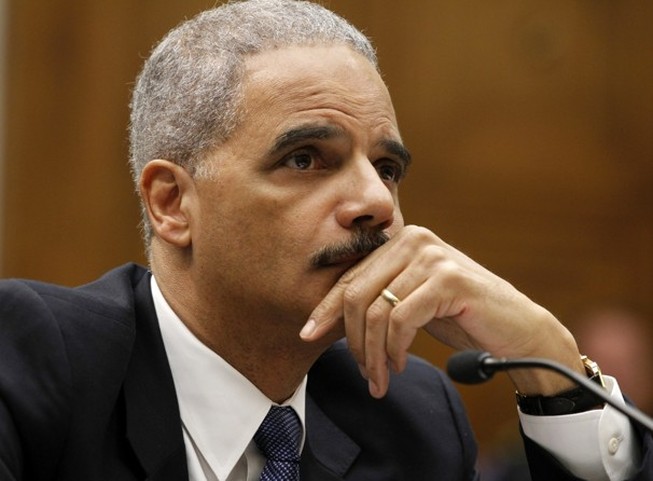 Attorney General Eric Holder
The gravity of the alleged crimes
Tsarnaev is facing a long list of serious charges, 17 of which could carry a potential death sentence. The alleged offences include crimes such as 'using a weapon of mass destruction' and the murders of four people. The indictment against Tsarnaev also appears to contain various details about his alleged actions in the run up to the marathon that may indicate a certain degree of premeditation and planning. Moreover, hundreds of people were injured in the marathon bombing attack, some suffering horrific injuries such as amputations, shrapnel trauma and burns.

Under such circumstances, the chances of Eric Holder recommending the death penalty as a potential future punishment appear to be relatively high. Lead prosecutors in the case have already shown their willingness to adopt an aggressive attitude whilst seeking conviction against Tsarnaev, as U.S. attorney Carmen Ortiz demonstrated after speaking with victims of the attack:
“Their strength is extraordinary, and we will do everything that we can to pursue justice not only on their behalf but on behalf of all of us”
Holder also indicated in a 2011 Justice Department memo that:
“a defendant’s willingness to plead guilty will now expressly be recognized as a factor in deciding whether to pursue capital punishment"
Tsarnaev has pleaded not guilty to all charges.
There is also the deterrent effect and any future legal precedent to consider. Put simply, if Holder does not seek the death penalty for someone who allegedly placed a bomb in a crowded area at a world renowned public event, with the express purpose of maiming and killing innocent civilians, when will he ever?

That said, there may be other, more sinister aspects that contribute to Eric Holder's decision making process. The government appears to be running scared in an increasingly desperate manner: consequently, they will do just about anything to avoid a highly publicised Tsarnaev trial.
The darker side
It's no secret that the marathon bombing and subsequent investigation have been fraught with controversy. For the past eight months the government has regularly released conflicting statements about the case, changed its views on best 'evidence' entirely at its own will, and worse still  - been caught out on a number of occasions with what can only be described as outright lies.

The government has shrouded the entire case in a veil of bureaucratic secrecy, refused to answer all reasonable public concerns over its conduct in relation to it, and even stonewalled congress for raising similar issues. Carmen Ortiz' office has fought tooth and nail over discovery requests for no discernible reason and placed SAMs restrictions on Tsarnaev using the weakest so-called 'justifications' since the inception of the legislation in 2001. This led to the appalling situation whereby Tsarnaev's attorneys were unable to adequately defend him (this aspect has since been lifted) and were/still are officially gagged from speaking about the case publicly. This is particularly ironic considering the wealth of information the government has already been prepared to offer the public in pursuit of its own agenda: all of it negative, disparaging, and designed to cement Tsarnaev's 'guilt' long before a trial has even commenced.

In short, the government's questionable actions appear indicative of their increasingly desperate efforts to avoid a trial. What better way to accomplish that goal than to coerce Tsarnaev into a plea deal using the death penalty as leverage? Study after study has shown that nearly 100% of defendants will accept life imprisonment over the potential risk of losing at trial (execution), and crucially, they do so whether they are guilty of the alleged crime or not. This shameful situation means these individuals are imprisoned for the rest of their natural lives, all without the government ever having to prove that they actually committed a crime. Perfect if the primary objective is to avoid a trial at all costs.

However, if Eric Holder is genuinely in favour of upholding the right to a fair trial he has many other elements to consider in the decision making process, all of which point to a favourable outcome for Tsarnaev.
Does Tsarnaev deserve to die in the event of conviction?
The people of Massachusetts say a resounding no. The state abolished its own death penalty in 1984 and has not witnessed a single execution in almost 70 years. Massachusetts has consistently resisted all efforts to reinstate capital punishment, the last of which occurred in 2007 when House lawmakers again rejected a bill by a prodigious margin: a vote of 46 - 110.

With respect to Dzhokhar Tsarnaev and Boston in particular, residents have already voiced their opposition to the death penalty as potential punishment for him. A Boston Globe poll indicated residents were overwhelmingly in favour of life without parole as opposed to death by lethal injection, should Tsarnaev ever be convicted of the crimes for which he stands accused. Although Eric Holder is under no legal obligation to do so, one would expect him to take these factors into consideration whilst making his recommendations, for his own future political career at the very least. Something else he will be under pressure to consider are the views of the victims of the attack.
“This U.S. Attorney’s Office is going to be particularly sensitive to the desires of the victims. There are victims in this case who will feel that he should get death; but there are other victims in this case who will feel, for a variety of reasons… that he should get life.”
Rikki Klieman 01/01/2014
Whilst the public have not been made aware of the victims' preferences over life or death for Tsarnaev, past cases indicate that the vast majority will be strongly against execution by lethal injection. As such, Eric Holder will do well to listen.

He will also have to pay careful attention to other areas of mitigation, such as Tsarnaev's age at the time the crimes were allegedly perpetrated (19), the fact that he has no antecedent criminal history, his family and social history, mental health, and quality of the alleged evidence against him: which unfortunately can at best be described as flawed, or at worst, wilfully erroneous.

That said, should Holder even be making such a monumental and far reaching decision in the first place?
Retribution and the perverse 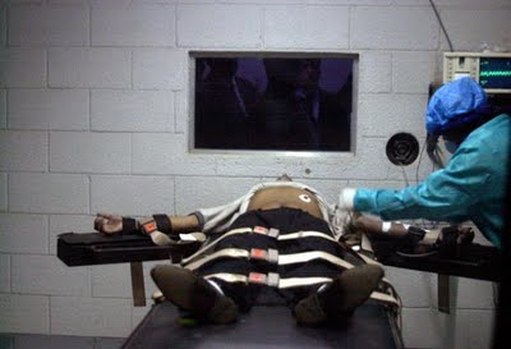 Holder will be making his decision at a moment of declining popular support for the death penalty, and amid a years-long halt in federal executions. There has also been a recent critical shortage of drugs used for lethal injection, increased public concern over judicial mistakes and the expense of capital cases, and a growing public preference for life without parole.

Whilst this news seems positive, many important questions still remain over whether the death penalty is an appropriate punishment for any criminal act at all.

The basic premise behind capital punishment is so critically flawed it verges on the insane. State sanctioned killing is legitimate and acceptable, yet other forms of killing are not. Is anyone seriously suggesting that the way to teach society it is wrong to murder a human being, is to go right ahead and actually murder a human being? It clearly doesn't work.

It might seem that the prospect of receiving a death sentence would deter would-be murderers from committing such offenses. Yet the deterrent effects of capital punishment have been proven over and over again to be a total myth. Whether a state supports capital punishment or not has no discernible effect on its murder rates. In fact, the Southern states who carry out over 80% of the executions in the U. S., have the highest murder rates of all states on a prorata basis. So if it's not about deterrence, it has to be about punishment. In other words, it's cold hard revenge.

Whilst some may view retribution as an acceptable form of human behaviour, the emotional impulse for revenge is not sufficient justification for invoking a system of capital punishment in what is continually advocated as a modern, progressive, westernised society. The standards such a society should strive for demand a more reasoned response. Furthermore, the death penalty has no legal parallels with any other form of crime and punishment. We don't call the police to report a robbery, then expect the police to rob the offender. Neither do we report a rape, then expect the state to rape the rapist, whilst 'sensitively' giving the victim the choice of whether or not to watch. Such actions would be viewed as perverse. But that's precisely what we do when we 'humanely' strap an offender to a table with leg cuffs and leather straps, then forcibly inject them with a cocktail of lethal chemicals, designed induce paralysis of the respiratory system and/or a heart attack. We also film it.

Laws and the criminal justice system should always lead us to higher principles that demonstrate a complete respect for life, including the lives of those accused of the most serious crimes. Part of those higher principles should always be the right to a fair, unbiased trial, and the absolute refusal to adopt any policy which may potentially coerce a defendant into absolving himself of that inalienable right.

Eric Holder will do well to remember those principles when making his death penalty recommendations, as so far the government appears to have done all in its power to reject those ideals with respect to Dzhokhar Tsarnaev. If the death penalty is recommended, one may justifiably ask: What are they hiding?

Related posts:
NIP: SUSPECTED BOSTON BOMBER: SOLITARY CONFINEMENT AND SAMs: CONTROVERSIAL RULINGS
NIP: THE DEATH PENALTY - WHY, HOW AND MORE
Recommend this:
Tweet
VISIT OUR MAIN ARTICLES AND FEATURED STORIES INDEX HERE
Want more? For NIPS, quick takes, and blog posts by the main contributors to this site visit here
________________________________________________
We actively encourage comments, discussion and debate on this site! Please remember to keep it relevant and be respectful at all times.
Powered by