Flash bangs and their use in Boston: What you need to know by B Blake

Dzhokhar A Tsarnaev Incapacitated,
Unarmed and Severely Wounded in a Boat in Boston 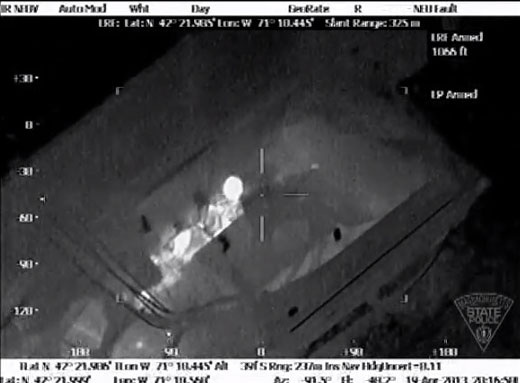 Flash Bangs - What are they?

A flash bang is classed as a 'non lethal device' containing a mix of mercury and magnesium powder which upon detonation creates a blinding flash, equivalent to 300,000 candlepower. The 160 decibels of sound produced by the grenade not only shocks and stuns, but is also  loud enough to disrupt the balance function of anyone in range, causing severe dizziness, deafness and blindness.

Modern stun grenades have evolved to detonate multiple times and can contain irritants such as CS or CN tear gas.

Individuals deploying flash bangs in confined spaces use specialist equipment to protect themselves against its effects: dark-tinted eye pieces and SF-100 respirators protect against the flash and the respirator itself guards against the effects of the smoke and gas released by the grenades, whilst earplugs protect the individual's hearing.

Why are they used?

The aim of the flash bang is to disorientate and distract any hostile individuals in a room, giving the entry team a few precious moments in which to enter and neutralise any possible threats. Since its development in the late 70s, the flash bang concept has been adopted by many militaries and law enforcement authorities around the world.
Are they safe?

Despite being classed as 'non-lethal' the potential for death or serious injury when exposed to one of these devices is surprisingly high. Numerous cases of death and injury to both suspects and officers deploying the devices have been cited in recent years.

SWAT officer Fred Thornton was killed  when a flash bang grenade exploded as he was securing his equipment in the trunk of his patrol car. This came a few years after the federal government initiated a criminal investigation into a firm that was manufacturing faulty flash bangs, one of which detonated in 2008, causing permanent life altering injuries to three FBI agents.

In several cases the blinding and deafening effects have been responsible for inducing fatal heart attacks.
Flash bangs have set homes on fire (resulting in fatalities), caused horrific burns, and confused police officers into thinking they were coming under gunfire, in many incidences causing officers to open fire themselves.
Why were they deployed in Boston?

Unfortunately, nobody seems to know. Dzhokhar Tsarnaev suffered burns when flash bangs were deployed into the boat he was hiding in, a point on which authorities have once again refused to comment or even be drawn on. The fact that he was unarmed and already incapacitated after suffering numerous severe gunshot wounds has only sought to deepen the mystery.

Law enforcement guidelines state they must be deployed a minimum of five feet away from the suspect to prevent injury and the potential for severe burns. Their use is also banned when the primary location is found to be unsafe (children, flammable material, numerous persons laying on the floor, etc).

Which begs the obvious question:

What legitimate reason was there for their deployment against Tsarnaev in any circumstances?
It would appear that the deployment against Tsarnaev resulted in injuries which were totally unavoidable, but alarmingly, also resulted in a clear and unequivocal breach of law enforcement guidelines.
Major Steven James (ret) of the Springfield, Missouri Police Department has trained many law enforcement members in the safe deployment of flash bangs, and offers a possible clue as to the origins of the wall of silence regarding their use against Tsarnaev.
"Special emphasis must be given to avoiding deployment out of lack of knowledge or fear. This happens when officers are involved in a high-risk incident, and they pitch the device blindly.

Few officers will ever admit to doing this.

Likewise, numerous suspect injuries have occurred that have no other reasonable explanation as to how the device and suspect got together."
Backlash

The use of flash bangs in the Boston incident has led to a growing sense of national unease and has reignited the debate over their totally inappropriate deployment in incidences such as this, amid several calls to follow NYPD's lead and ban or seriously restrict their future use.

Flash bangs are only non lethal and safe in the sense that they are not intended to inflict injury or death, yet unfortunately they very clearly do. Donald E. Wilkes Jr., a University of Georgia law professor who conducted a study into the use of flash bangs by the law enforcement community, made an interesting comment regarding their use:
"Police ... using bombs as a search, seizure, or diversionary technique is completely inappropriate.  They use them so recklessly."
Unless authorities are prepared to come clean about their reasons for the deployment against Tsarnaev, it appears it will be left up to his defense attorneys to seek answers in open court - a situation authorities will be desperate to avoid.

Yet, it will not be the first time attorneys for the accused have been forced to seek answers in such a manner.

Clay Conrad, a lawyer in Houston who has handled several cases involving the misuse of flash bangs, stated the following:
"These things are dangerous"
"If you were to toss one at a cop, you would be indicted for attempted murder."
He also offered this interesting proposition:
"We were prepared to argue that if these things are as harmless as the state claims, we should be able to detonate one in the courtroom."
Conrad makes a very important and thought-provoking point.
It is difficult to see when shocking scenes like this will ever be repeated in a Boston court room, whether Dzhokhar A Tsarnaev is present or not. 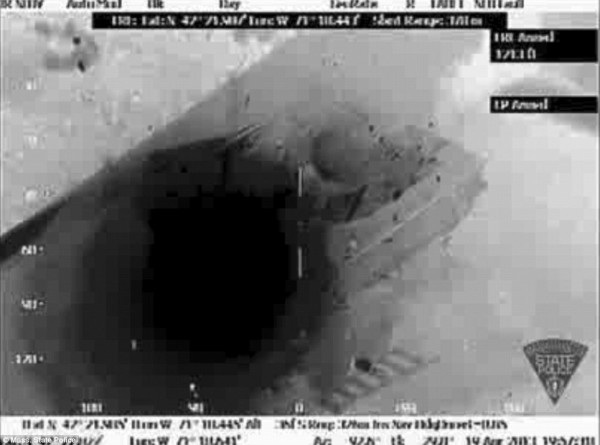