October 30 1014
A Quincy man charged with obstructing the Boston Marathon bombing investigation has written a disturbing letter from his Plymouth County Jail cell, claiming he was severely beaten by prison officers who called him "a Muslim terrorist" and played the US national anthem as they kicked him in the head repeatedly and gouged his eye.

Khairullozhon Matanov, 23, says he flooded his cell in protest due to 'harassment' and refused officers' requests to to 'cuff out' when the flood was discovered.

A team of officers then entered the cell and gassed him with pepper spray.

Matanov agreed to be cuffed, but the officers violently attacked him as he lay 'half dead' on the floor, still suffering the toxic effects of the spray.

The assault was so bad it left him with 'a mashed face, eyes full of blood and concussion', according to Matanov.

He also complained he was refused medical care and it was not the first time such a assault had occurred.

Matanov, a friend of alleged Boston Marathon bomber Tamerlan Tsarnaev, is charged with one count of destroying, altering, and falsifying records, documents, and tangible objects in a federal investigation, specifically information on his computer, and three counts of making materially false, fictitious, and fraudulent statements in a federal terrorism investigation.

He has been held in solitary confinement since May 2014 and is slated to stand trial in June 2015.

Plymouth County Correctional Facility would not comment on Matanov's condition.

Edward Hayden, Matanov's attorney, was unavailable according to his secretary. 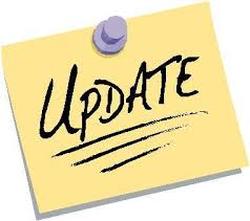 Edward Hayden Attorney confirmed via telephone interview Khairullozhon Matanov was assaulted by prison officials on the evening of Wednesday 22 2014.

He met with his client on Thursday 23 2014 and noted facial injuries including a swollen black eye, "scrapes, scratches and bruises".

Due to an ongoing investigation into the incident he did not wish to provide further details, but added he is trying to get his client moved from Plymouth County Correctional Facility due to "the treatment he receives there".