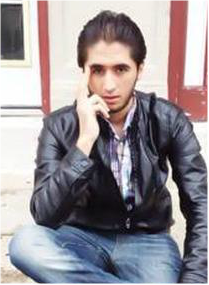 Khairullozhon Matanov, 23, told Judge William Young he wanted to fire his current attorney, Edward Hayden, as he was "more comfortable" with a previous lawyer.

The court heard the proposed swap was entirely amicable and would not delay future legal proceedings, leading Judge Young to dismiss Hayden and appoint attorney Paul Glickman in his place.

Glickman represented Matanov in the twelve months prior to his arrest.

Matanov, a Kyrgystan national and friend of alleged bomber Tamerlan Tsarnaev, is charged with one count of destroying, altering, and falsifying records, documents, and tangible objects in a federal investigation, specifically information on his computer, and three counts of making materially false, fictitious, and fraudulent statements in a federal terrorism investigation.

He faces 15 years in prison if convicted.

Prison Beatings
Matanov recently alleged he was the victim of horrific beatings by Plymouth County Correctional Facility guards, who called him a "Muslim terrorist" as they played the national anthem while kicked him in the head.

The claim was corroborated when attorney Hayden confirmed "several incidents" were subject to official investigation and efforts to move Matanov from Plymouth were "ongoing", although he noted Matanov's injuries were "not as bad as he [Matanov] initially made out".

After the hearing, Paul Glickman told reporters Matanov "I think that the conditions in Plymouth were deplorable. He was maintained in solitary. It’s fair to say that he may not have been well treated there [Plymouth]", but declined further comment.

Matanov has been held in solitary confinement since his arrest in May 2014 and is slated to stand trial in June 2015.