Killing is killing: The rampant hypocrisy associated with death penalty recommendations and those who refuse to be counted by B Blake

February 3rd 2013
Killing a person is wrong. It's a simple notion that has been ingrained into the collective conscience from an early age and a principle that the vast majority of rational and assiduous people adhere to throughout their entire lives. In fact, it is so ingrained, very few give thought to the possibility that killing can ever be justified. So given that Attorney General Eric Holder has now authorized Federal prosecutors to seek the death penalty for Dzhokhar Tsarnaev, here's a closer look at the pervasive hypocrisy that always seems to surround such a decision.
The hypocrisy of reasoning: rationalising the irrational
The Notice of Intent against Dzhokhar Tsarnaev listed 16 separate 'reasons' as to why the death penalty has been deemed an appropriate punishment for him should he be convicted for his alleged role in the Boston marathon bombings. Yet incomprehensibly, almost half of the acts allegedly committed by Tsarnaev (and therefore used as justification for executing him), also clearly apply to the state's actions when carrying out such a sentence. It's a paradox that is easily demonstrated.
The state further alleges that Tsarnaev:
'Acted in a heinous, cruel and depraved manner when committing the offense(s)','used substantial planning and premeditation' and has showed a 'lack of remorse'. 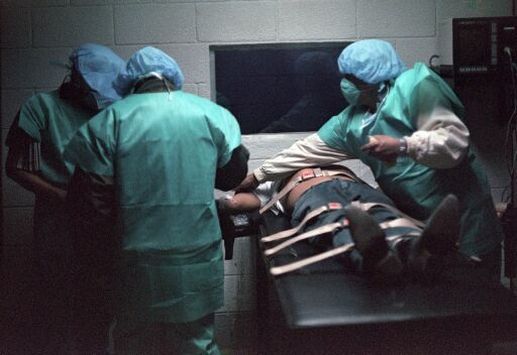 The alleged 'acts' listed above (subsequently used as grounds for execution) are not particular to Tsarnaev in any way. The majority of capital cases are founded on the same illogical basis, often citing the exact same 'reasons' even when the purported crimes share no parallels or aggravating features.

But whilst the death penalty itself is illogical and hypocritical, it meets its match in terms of government. With each case, it seems public officials and major decision makers demonstrate an almost universal abandonment of individual principles and personal integrity. US vs Tsarnaev is no different.

Massachusetts abolished capital punishment in 1984 and the state that has consistently rejected all efforts to reinstate it ever since. The overwhelming majority of those in office have voted against the death penalty in state Legislature or declared their staunch opposition to it publicly. Unfortunately, in the case of Dzhokhar Tsarnaev, the state of Massachusetts has all but relinquished its morals.
The hypocrisy of public officials and those who sit on the fence
Just hours after the announcement authorizing prosecutors to seek the death penalty for Tsarnaev, Massachusetts Senator Elizabeth Warren stated that although she was against execution in principle, she 'respected Holder’s decision'. Senator Ed Markey also sank to a new personal low when he remarked that despite his opposition to capital punishment, he was prepared to 'make an exception in cases of terrorism'.

Mass Governor Deval Patrick, who has voiced his opposition to the capital punishment previously, refused to be drawn on the matter and attempted to evade reporters all day. Eventually cornered, he gave the following evasive comment rather than address the issue directly:
'One way or another, based on the evidence, Tsarnaev will die in prison'
Boston Mayor Marty Walsh, who has himself voted against previous attempts to reinstate the death penalty in Massachusetts, took it one step further in the hypocrisy stakes when he reiterated that he would vote the same again, but in the case of Tsarnaev he noted:
'Attorney General Eric Holder has applied the law in this case. I support the process that has brought him to this decision'
When pressed by reporters to answer if he would prefer Tsarnaev to serve life in prison (upon any conviction), Walsh' cowardly reply was simply 'no comment'.
Attorney General Martha Coakley, who is running for governorship and is also supposedly against the death penalty, dutifully followed suit and avoided the issue completely. Instead she chose to remain on the fence and appeal to as many voters as possible:
'After very thoughtful consideration, Attorney General Holder has made this decision based upon the facts of this case and applicable federal law'
Attorney General Eric Holder, the man ultimately responsible for the decision, made the following statement on  January 23rd 2014, just one week before the deadline to make his determination ran out...
'I am personally opposed to the death penalty. As good as our system is, it's ultimately a system that is filled with men and women who are well intentioned but who make mistakes. You end up with these miscarriages of justice'
...and then announced that he had authorized a potential death sentence for Tsarnaev, effectively throwing all personal integrity under a bus in doing so.
Yet conversely, some of the greatest examples of rampant hypocrisy associated with death penalty decision actually stem from an individual who is a proponent of capital punishment. US Attorney Carmen Ortiz, who personally recommended execution for Tsarnaev, has persistently demonstrated a lack of moral conscience that at times has almost beggared belief.
Carmen Ortiz' office takes hypocrisy to a new level
Perhaps the most erroneous reason cited by Ortiz as justification for the death penalty centred around Tsarnaev's perceived 'lack of remorse'. Did it escape Federal prosecutor's notice that the defendant pleaded 'not guilty' (as was his right) and may therefore not have anything to feel remorseful about? Regardless of the evidence the state maintains it has against Tsarnaev, is it really their place to prejudge on a matter of life and death before a trial has even had chance to commence? To do so makes a mockery a right to a fair trial and is symptomatic of the contemptuous, hypocritical, and odious attitude that emanates from Ortiz and her entire office.

Did Ortiz show a substantial 'lack of remorse' over the death of Aaron Swartz when he hung himself in response to her aggressive and coercive prosecutorial tactics just over a year ago? No. Had she been truly sorry, she would have resigned when the 58,000 people (all of whom she claims to 'serve') called for her to that very thing. Here's what she had to say about Swartz' alleged crimes at the time:
'Stealing is stealing whether you use a computer command or a crowbar, and whether you take documents, data or dollars. It is equally harmful'
If Carmen Ortiz ultimately believes that the interpretation of laws are literal, unwavering, and applicable to all, perhaps someone should reminder her that just as stealing is stealing, killing is killing. Accordingly, when she 'recommended' the death penalty for Tsarnaev and actively pursued it, she too became complicit in a potential death. Just as Tsarnaev stands accused of using premeditation and planning, and engaging in an act likely to result in death, Ortiz should also stand accused of the same.

Of course, real life is not like this but that hasn't prevented Ortiz' office from behaving as though it were. By posturing as 'moral absolutists' prosecutors are invariably doomed to fail. Carmen Ortiz has fought tooth and nail over basic discovery requests, prevented the disclosure of critical information to the defense, and also imposed SAMs restrictions on Tsarnaev and his attorneys threatening to jail them if they reveal certain aspects of the case. Furthermore, her office has employed some of the worst intimidatory methods ever witnessed, in their forceful pursuit of a plea deal. Threatening execution is merely the latest tactic in what appears to be an increasingly desperate attempt to 'win' at all costs - and without trial, if necessary.

But why should Carmen Ortiz get to cherry pick the means by which she strives to 'uphold the law' in different cases? Moreover why do prosecutors mistakenly believe such reprehensible and hypocritical behaviour is acceptable, particularly in a capital case?

Federal prosecutors should not be allowed to have their cake and eat it.
The illusion of justice and why official hypocrisy is wrong
When elected officials and decision makers oppose the death penalty yet 'support the process' they also support everything within that process that is dishonest, unpalatable, and unjust. In the case of Tsarnaev, 'respecting Holder's decision' means they also respect the circumstances under which such a decision was reached: the withholding of files and evidence from attorneys for the accused, the blatant obstruction of the lawyers to mount an effective defense in what is now a capital case, and the outrageous prosecutorial techniques of bullying, intimidation and coercion which have been employed from the very outset.

It is easy to argue against capital punishment in principle, especially when faced with the obvious paradoxical examples above. It's even easier to argue against the officials and decision makers who sit on the fence. Why? Because what differentiates between candidates for public office  is what they supposedly stand for. It is solely on this basis that they seek the trust of the voting public. Nobody forces them to seek public office, and the whole point of serving is to stand up and be counted.  Once in office, this is the only way of justifying the public's faith. By refusing to answer the question 'do you think it is right for Dzhokhar Tsarnaev to face execution?' they fail the very people who placed them in a position of power and privilege in the first place: voters and the citizens they serve.  Run for office ? - they've run for cover.

Such total lack of leadership endorses any bad practice, unprincipled conduct, and abuse of power that may permeate a case.

And Dzhokhar Tsarnaev's is evidently swimming with it.

Related posts:
Death Penalty Decision: What will sway Eric Holder's judgement?
Propaganda: How to spin yourself through a terrorism case
DZHOKHAR TSARNAEV: THE FBI, INTERROGATIONS AND A CRASH COURSE IN COERCED CONFESSIONS
Recommend this:
Tweet
VISIT OUR MAIN ARTICLES AND FEATURED STORIES INDEX HERE
Want more? For NIPS, quick takes, and blog posts by the main contributors to this site visit here
________________________________________________
We actively encourage comments, discussion and debate on this site! Please remember to keep it relevant and be respectful at all times.
comments powered by Disqus
Powered by