February 25, 2015
A friend of suspected Boston Marathon bomber Dzhokhar Tsarnaev could be released from prison and have his conviction quashed, according to his attorney, after the U.S  Supreme Court issued a ruling in "Yates" Wednesday, stating a Florida fisherman could not be prosecuted under obstruction of justice laws aimed at curbing wrongful acts by large commercial corporations. 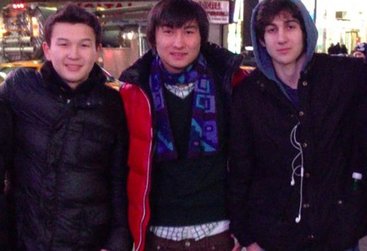 Azamat Tazhayakov, who was found guilty of obstruction by a Boston jury last year, was prosecuted under the same Federal law as Yates, the Sarbanes-Oxley Act of 2002, which stemmed from the Enron bankruptcy scandal and criminalized the destruction of computer records, paper filings, or other 'tangible objects'.

It was not clear how the ruling would affect another friend of Tsarnaev and Tazhayakov, Dias Kadyrbayev, who was also prosecuted under Sarbanes-Oxley but later accepted a plea deal of 7 years.

At the time of postponing sentencing,  Judge Woodcock said he may not be inclined to accept the deal, depending on the Supreme Court's ruling.

Robert Stahl, Kadyrbayev's attorney, could not be reached for comment.

"I think Mr. Tazhayakov has a very good chance of being exonerated," said Wooldridge, "We're positive."