January 12, 2015
A Quincy man and friend of the alleged Boston marathon bombers, who is charged with lying to Federal investigators and obstructing the investigation looks set to change his plea to guilty, court filings show. New papers in the case of Khairullozhon Matanov, 23, were filed Monday, and come while jury selection for the trial of Dzhokhar Tsarnaev is entering its second week. 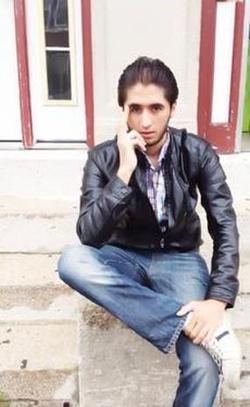 Matanov, a Kyrgyzstan national resident in the US since 2010, freely volunteered information to the police about Dzhokhar and Tamerlan Tsarnaev in the days after the April 15, 2013 explosions, but found himself facing charges more than a year later, after prosecutors said he deleted 'several extremist videos' and a 'high number' of searches on his computer related to the bombings, in a bid to "cover up" the extent of his friendship with the brothers and their mutual "philosophical justification for violence".

Investigators say Matanov was "deliberately misleading" in interviews, which impeded their investigation into the attacks, although there is no suggestion the information he withheld or erased was useful to the investigation itself, nor did he participate in, or know about the blasts in advance.

Edward Hayden, Matanov's former attorney, said although Matanov had dinner with both Tsarnaev brothers on the same evening as the bombings and conversed with Tamerlan over the following days, neither brother spoke of their purported role in the attacks and the group only discussed the bombings in general terms, "just like everyone else at the time".

Meanwhile, Matanov's current lawyer, Paul Glickman, declined to comment when asked if Matanov was planning to testify against the younger Tsarnaev in return for a reduced sentence, telling us only "the details will become clear".

Dzhokhar Tsarnaev, 21, has pleaded not guilty to 30 Federal charges connected to the April 2013 bombings, 17 of which carry a potential death sentence. His brother Tamerlan, 26, died during a shoot-out with police in Watertown in the early hours of April 19, 2013.

Jury selection for Tsarnaev's trial has entered its second phase and attorneys have agreed to dismiss 124 of the 1350 potential jurors so far, with oral questioning of the jury pool expected to begin later this week.

Matanov's change of plea hearing is set for january 27 and he faces up to 15 years upon conviction.