NIP: Officer Sean Gannon: More evidence that the FBI knew the identities of the suspected marathon bombers prior to April 19th?
by R Renny

16th November 2013
One of the more doubtful aspects of the events after the Boston Marathon Bombings was the claim by the FBI that they only learned Tamerlan Tsarnaev’s identity after his death. Notwithstanding the fact that they had a file on him well before the Russians approached them with their request, as the director of the FBI acknowledged in front of the House Judiciary Committee in June. Confusingly, the Bureau later claimed to of had NO knowledge of him prior to April 19th 2013.

The FBI is asking us to believe them that Tamerlan Tsarnaev, a Golden Gloves champion and a well-known figure in the Boston martial arts spheres, has not been identified in the photographs they published on Thursday April 18 by anyone. Although probably everyone in Boston, as well as anywhere else in the world, was glued to the TV, studying the photographs, trying to
figure out who these people could be – apparently none of the brothers’ neighbours, friends, teachers or former girlfriends picked up the phone to tell the FBI who these people are.

One of the people that should have known them, or  Tamerlan Tsarnaev at the very least, is former Boston Police officer and six-time Golden Gloves Champion, Sean Gannon. Who is he? 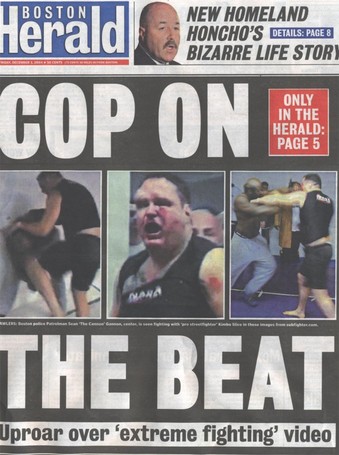 "Sean 'The Cannon' Gannon is a Boston, Massachusetts police officer, and mixed martial arts (MMA) fighter, who gained notoriety on the Internet after video of him fighting Kimbo Slice in a bare-knuckle fight became widely distributed.

This notoriety lead him to be the focus of a front page article on the Boston Herald, and an internal Boston Police investigation into his off-hours activities. The incident also caught the attention of the Ultimate Fighting Championship, who then promoted a fight between him and professional mixed martial arts fighter Branden Lee Hinkle. Gannon lost to Hinkle at UFC 55. Currently, Gannon has a professional MMA record of 1-1 and hasn't fought since losing to Hinkle"
He has been training and coaching at the Wai Kru gym since at least 2008. Are we to believe he never met Tamerlan Tsarnaev?
Himself a former and a current Golden Gloves Champions regularly training at the same gym?

Interestingly, Gannon was also working at the Boston Regional Intelligence Center (BRIC) as part of an elite unit dealing with Narcotics and Gang Intelligence, as well as Homeland Security issues at the same time.

Does the FBI really want us to believe that this man didn’t recognize Tamerlan Tsarnaev the moment he saw his photo on TV and didn’t pick up the phone to fulfil his duty? 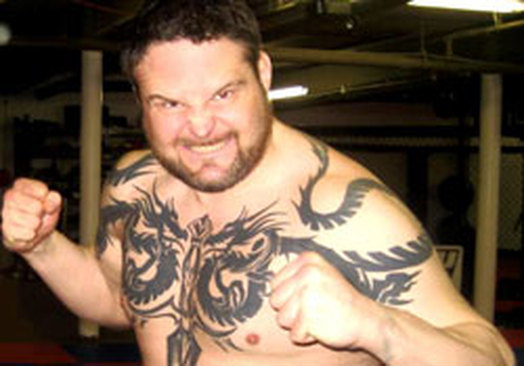