No plea deal for Dzhokhar Tsarnaev? by B Blake 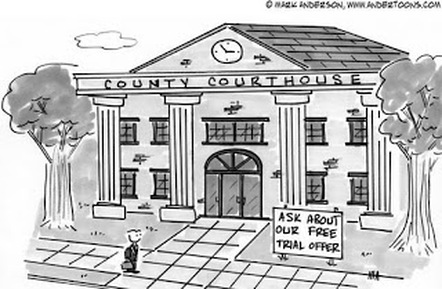 A recent legal filing has given further credence to the view that accused Boston marathon bomber Dzhokhar Tsarnaev may not be willing to accept a plea bargain.

Attorney General Eric Holder's January 30th announcement authorizing Federal prosecutors to seek the death penalty for Tsarnaev (if convicted), does not appear to have alarmed attorneys for the accused in any way: In fact, they now appear wholly intent on taking the case to trial.
This is in stark contrast to virtually all of death penalty lawyer Judy Clarke's previous cases, none of which have ever proceeded to the trial stage. For example, Jared Lee Loughner, Eric Rudolf and bomber Ted Kaczynski all accepted plea deals in their efforts to avoid a trial and face possible execution.
Plea bargain off the table
The filing itself revealed several troubling aspects relating to discovery issues, including outstanding requests and the government reneging on its promise to provide copies of evidence solicited during the time agreed.

The most alarming issue arose from the defense's assertion that they are still waiting to review over 2000 individual pieces of physical evidence that are currently being withheld by the FBI. The reason? The evidence is reportedly 'still under analysis'. This is rather ironic considering the government's long held contention over the 'mountain of evidence' it claims to possess against Tsarnaev: parts of which it now seems they have failed to fully investigate at all.

Tellingly, the government made no effort to deny this.

Under such circumstances it becomes obvious why a plea agreement will not be forthcoming. No defense attorney worth their salt would advise their client to push for a deal without having first had the opportunity to review the evidence in its entirety.

Neither would they ever advise such action if the investigation itself has proven to be lacking. The defense statement regarding the undisclosed evidence strongly suggests that this could indeed be the case.
Dates pertinent to trial proceedings
The filing also outlined a number of key dates preferable to the defense for future trial proceedings. Attorneys for Tsarnaev requested:
Predictably, the prosecution deemed these dates unfavourable and instead expressed a preference for earlier assignations.
Tsarnaev standing tall in the face of adversity?
It must be noted that at this stage of the proceedings one would expect attorneys for the accused to give the impression that they are willing to engage in a full trial. However, every case is different and must be judged accordingly. Tsarnaev pleaded not guilty and has been battling a socio/political lynch mob clearly intent on forcing him into a plea agreement ever since. The coercive prosecutorial tactics used to invoke such a strategy are now well documented, of which the threat of execution is merely the latest in a long and unsavoury line.

Yet throughout the process Tsarnaev's lawyers have fought back and it is now becoming increasingly obvious why: the push for a plea deal is not considered paramount, nor an integral part of a blue print to save his life. The evidence that the government once insisted was 'air tight' no longer appears worthy of such a supreme claim - after all they are still investigating it.

Dzhokhar Tsarnaev evidently wants a trial. In the interests of justice for all,  who could really blame him?

Correction: Earlier versions of this article stated that James Holmes had accepted a plea agreement. This was incorrect. Holmes' trial was actually postponed indefinitely. Apologies for any confusion caused.
Recommend this:
Tweet
VISIT OUR MAIN ARTICLES AND FEATURED STORIES INDEX HERE
Want more? For NIPS, quick takes, and blog posts by the main contributors to this site visit here
________________________________________________
We actively encourage comments, discussion and debate on this site! Please remember to keep it relevant and be respectful at all times.
comments powered by Disqus
Powered by