'Let us not tolerate outrageous conspiracy theories......'  George W Bush
THE BOSTON MARATHON BOMBINGS:
What Happened?
What was so unusual about a trip to the gym, and did it show intent for an allegedly religiously motivated terror attack that occurred at the Boston marathon?

In the days after the bombings, many major news networks ran the following video. It showed Tamerlan Tsarnaev and his brother Dzhokhar visiting a gym just three days before the blasts that had killed three and harmed so many.

Was this footage released in order for us to get a glimpse into the normal lives of the brothers before they committed an alleged act of terror?

Was this video broadcast to demonstrate to the viewer how cold and calculating the brothers were to be behaving in such a carefree manner just three days before they began their alleged campaign of terror?

What was chosen to be revealed to the world about the video and what it purportedly demonstrated?

This was the brothers preparing for Jihad

The use of an expert witness to describe to the viewer the 'holy war' motivations of the brothers, was a clear and unequivocal attempt to demonstrate something that was never evident in the video in the first place: intent.

Why? This appeared to be yet another irresponsible move used to promote the official narrative in the public mind and so leave the viewer under no illusions as to whom the alleged marathon bombers 'truly' were.

But it was false.

The video itself proved nothing that was not already known by that point - that the two young men pictured in it enjoyed sporting activities - just like millions of other young men of a similar age across the entire United States.

Breaking The Video Down

This is a well known and much publicised image of Tamerlan Tsarnaev which carries with it an informative caption. 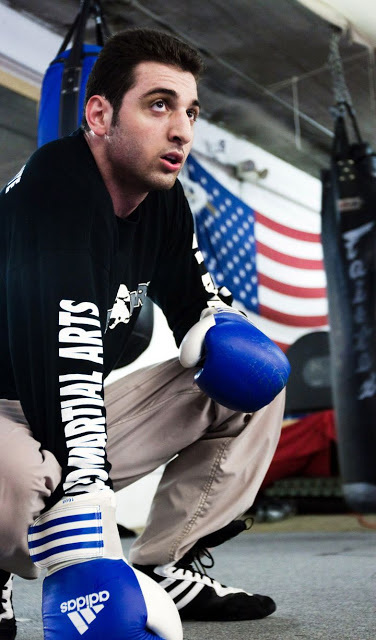 Tamerlan Tsarnaev was a talented and accomplished boxer who had actually trained at the Wai Kru Mixed Martial Arts gym (noted in the video) on a regular basis, many times over a preceding five-year period. He trained there multiple times a month. There was nothing 'different' about his trip to the gym three days before the marathon explosions at all, yet it seems the viewer was somehow coerced in to believing there was. Neither was there anything particularly suspicious about the fact that Tamerlan had reportedly shaved before he entered the gym. The assertion that he had done so as part of an Islamic purification ritual was just that - an assertion with no real basis in fact. It has been noted that Tsarnaev had repeatedly grown facial hair and shaved it off again in previous years, a point that was somehow lost by many, if not all of the major news networks that proceeded to air the footage.

The reporting accompanying the video also made repeated references to Tamerlan Tsarnaev's alleged arrogance and argumentative nature, yet none of this bears any real relevance to whether he was a genuine terrorist or not! Nothing was lost on the claim that the gym manager had requested that the owner ban Tsarnaev after their 'latest encounter' either. The NY Daily News among many other publications had this to say:

"When they first entered the gym, Michael asked the brothers to remove their shoes in accordance with their rules. Dzhokhar Tsarnaev complied but Tamerlan Tsarnaev refused and argued the point.

Later, Michael emailed gym-owner John Allan requesting that Tamerlan Tsarnaev be banned, describing him as arrogant and selfish, uninterested in helping anyone else"

Considering Tsarnaev had trained there on a very regular basis and over such a long period of time, one may justifiably question the timing of the alleged communication requesting that Tsarnaev be banned. The brothers had become pariahs in the collective public conscience by that point, leading to many of their previous contacts separating themselves from them somewhat.

Shortly after the attack, Allan released a statement distancing [himself] from Tamerlan Tsarnaev, saying he was never a member of the gym but did exercise there "from time to time."

This statement was clearly false yet was never questioned by any of the organisations reporting on the case, who instead preferred to promote their own questionable claims by connecting it to the fact that the brothers had clearly been 'training for Jihad'. Yet if ever there were any doubt about the true intentions of the brothers' trip to the gym that day, one only had to take a closer look at the younger brother, Dzhokhar Tsarnaev. 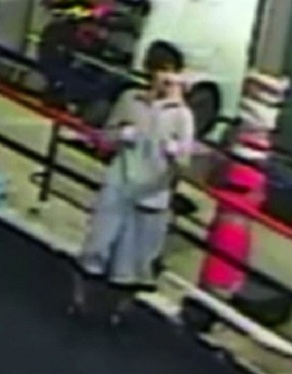 Dzhokhar Tsarnaev arrived at the gym and proceeded to take his 'training for Jihad' very seriously: by changing into a pair of borrowed and over-sized shorts that he spent most of his time fiddling with so they would not fall down. He attempted to use a jump rope on several occasions, which then became entangled within the shorts, so appeared to give up and engage in some shadow boxing instead. After spending some time injuring nothing more than thin air, he proceeded to the corner of the ring where he remained, apparently more content to watch the ongoing proceedings than engage in anything further. This point was not lost in the reporting either, with many commenting on Tsarnaev's  obvious lack of interest in engaging in physical activity at the gym. Given that this fact was clearly acknowledged, it seems utterly incredulous that it was then followed up with this laughable remark:

Rather than accurately representing the facts, the duplicitous nature of the reporting deliberately confused several issues in an attempt to turn something.....into absolutely nothing at all. Moreover, there was another aspect to the 'training for Jihad' coverage that was simply left by the wayside and barely reported on at all: there was a third member of the group.

When the Tsarnaev's attended the gym three days before the marathon bombings they did so with a friend in tow. This man engaged in much more physical activity than Dzhokhar Tsarnaev and appeared to be far more confident and competent in his abilities than Tsarnaev himself. The identity of this individual is unknown, but it doesn't need to be. A few threadbare pieces of information have been made publicly available: he was an ethnic Chechen who...

...was introduced as a friend. This man was later questioned and released by the FBI.

So, he clearly had no connection to the marathon bombings and was never suspected of 'training for Jihad' alongside the two brothers. Which begs the obvious question: what was he doing there accompanying the two men if they were genuinely attending the gym in active preparation for holy war?!?


Our media and leading interpreters of events often attempt to explain everything in terms that anyone can quickly and can easily grasp. Yet in the real world, happenings may occur for all manner of reasons that even those directly involved may not be aware of. The endless speculation and over-analysis surrounding the Boston marathon explosions and its alleged perpetrators is a perfect example in point.

Tamerlan Tsarnaev, his brother Dzhokhar and an unknown friend visited a gym three days before an act of terror occurred that harmed many. Video footage of that visit exists. And that's it.

The attack was said to be religiously motivated yet there was never any demonstration of 'intent' exhibited in the video at all, so the misguided suggestion that there was, is damaging to the case as a whole. The continual promotion of the idea that they were somehow 'training for Jihad' is regrettable on several levels.
Tsarnaev's lawyers now have good and solid grounds to successfully argue that incorrect and heavily biased media reporting have severely impinged his constitutional right to a fair trial. Any successful jury selection is likely to take months. Even if a trial 'proper' is reached, serious questions will always be raised as to the ultimate validity of its eventual outcome. This situation is a construct of all that has gone before it and should not be allowed to continue for the sake of all parties concerned.

Put simply, we should be asking for better and demanding a whole lot more.