December 28 2014
The Boston Herald launched a scathing one-sided attack on Dzhokhar Tsarnaev's defense team Friday, accusing attorney's of "overbearing" delaying tactics in the run up to his January 5 2015 trial, and suggested any "complexity" in the case was likely the fault of defense lawyers themselves - consigning the suspected Boston Marathon bomber's possible Sixth Amendment rights to the trash in the process.

"Dzhokhar Tsarnaev wants more time to prepare his defense, is still begging to have the trial moved out of Boston...now is the time for the accused Boston Marathon bomber to end the stall tactics", wrote the Herald, seemingly content to ignore a defendant's right to 'adequate time to prepare a defense' and the right to an impartial jury.

Bizarrely, those rights could be met "by the resumes of his all-star defense team" alone - two death penalty experts and three public defenders - and meant Tsarnaev should not be entitled to ask for "more", the Herald argued.
One-sided reporting and ill-informed speculation
The defense was simply "complaining about a number of uncomfortable situations it has put itself in ", said the Herald, using a curious claim from an October 2014 court filing to support its view:

"There’s the search for “Tsarnaev’s life history” in “distant and conflict-torn lands.” That’s the search that ticked off the Russian government because members of the defense “reportedly refused to produce documents confirming their legal status and identified themselves as employees of the FBI,” according to prosecutors."

But what the paper omitted was that Tsarnaev's lawyers have denied they ever posed as FBI agents, or refused to hand over documents, and once described the accusation as "a patently false and outrageous allegation". Nor did the Herald mention prosecutors' refusal to provide any evidence of the claim.

The paper cited another prosecution filing it believed was indicative of attorneys "foot dragging", which lead to an impromptu speculation about future trial proceedings:

"They [the defense team] won’t stipulate to any evidence, according to prosecutors, so a conga line of witnesses will have to march into court as the government attempts to prove even the smallest piece of evidence is what they say it is."

The Herald excluded the defense response, filed in court the same day, which insisted the government's assertion was "false", and that they had not, in fact, refused to enter stipulations - making the Herald's 'prediction' nothing more than meaningless conjecture.
Lack of self awarness
The paper also trivialised a public comment made by Gov-elect Charlie Baker who, according to court papers, said "Tsarnaev is the living person I most despise", arguing any prejudicial impact of the comment on Tsarnaev's impending trial "seemed like a bit of a stretch".

But the Herald failed to acknowledge that Mr Baker was just the latest in a long line of public officials who've made potentially prejudicial comments - nor did it take into account the impact of such comments on potential jurors over a prolonged period of time.

Tsarnaev's lawyers have made several attempts to move his trial out of Boston, citing adverse pre-trial publicity in the case, which they insist has led to "great local prejudice and will prevent a fair trial by an impartial jury".

The Boston Herald's irresponsible and unbalanced reportage demonstrates a worrying lack of self awareness. Are Tsarnaev's lawyers really "foot dragging", or simply being forced to confront heavily biassed local news coverage - something they've been complaining about for many months? 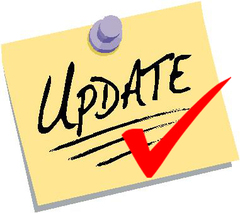 The Herald finally corrected some of the imbalance in Bob McGovern's " Tsarnaev team tactics become overbearing" in "Lawyers blast feds over Herald column" - but completely absolved itself of all responsibility for its former piece - and used a defense filing to do it.

This only bolsters Tsarnaev's attorneys argument that careless and irresponsible reporting may have contributed to an environment where local prejudice severely impacts the ability to seat an impartial jury - whether Tsarnaev's trial is moved or not the Boston Herald should probably take note.
Recommend this:
Tweet
VISIT OUR MAIN ARTICLES AND FEATURED STORIES INDEX HERE
Want more? For NIPS, quick takes, and blog posts by the main contributors to this site visit here
________________________________________________
We actively encourage comments, discussion and debate on this site! Please remember to keep it relevant and be respectful at all times.
comments powered by Disqus
Powered by