The FBI is Spinning its own Conspiracy Theory by CR

April 23 2014
Slipped through the system?
In light of Russ Baker’s lengthy investigation into the extent of the FBI’s contact with the Tsarnaev family  – particularly Tamerlan Tsarnaev - comes a new report that Ibragim Todashev failed to comply with the program job requirements he should have met in order to maintain his student visa, but was never deported.

According to Sen. (Susan) Collins: 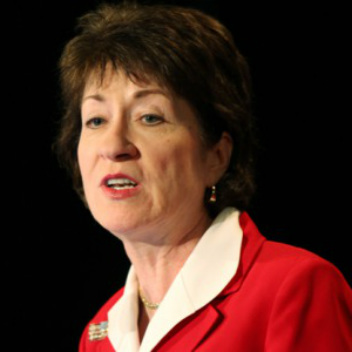 'Ibragim Todashev came to the U.S. in 2008 on a student visa he obtained from a Portland, Maine company called CIEE. The company says shortly after he arrived, he failed to comply with the program job requirements and CIEE advised him to leave the country immediately. They alerted the Federal government.

However, Todashev never left and several months later, he was granted asylum and later a green card. Last May, the FBI questioned Todashev about his friendship with Tamerlan Tsarnaev and his involvement in a triple murder in Waltham, Mass. in 2011. Police shot and killed Todashev during that encounter, claiming he attacked an officer and they shot him in self-defense'
While there is no question that the country’s immigration program is overwhelmed and budget cuts brought on by the sequester are hampering some efforts, it’s odd that two men who are allegedly connected to three grisly murders and/or to the largest terrorism plot in the United States since 9/11 seemed to have slipped through the system.

How and why?
Information requested
Defense attorneys for Dzhokhar Tsarnaev would apparently like to know the answers to those questions too, pondering whether Tamerlan Tsarnaev had worked as an informant for the FBI.

His attorneys had asked for memos from FBI interviews with Tsarnaev family members, information on the Tsarnaev family’s 'alien files' and any evidence that showed the FBI reached out to Tamerlan Tsarnaev and asked him to be an informant. That motion was denied by Judge George O’Toole on April 18th 2014.

The FBI have always formally denied that they knew the Tsarnaevs, stating:
'To be absolutely clear: No one was surveilling the Tsarnaevs and they were not identified until after the shootout. Any claims to the contrary are false. Members of the Joint Terrorism Task Force did not know their identities until shortly after Tamerlan Tsarnaev’s death when they fingerprinted his corpse.'
Then how does it explain the seemingly preferred treatment both Tamerlan Tsarnaev and Todashev seemed to have received in regards to their travel, immigration status and continued permission to reside, legally, in the United States?

As Russ Baker questions:
'In October, in any case, the CIA passed the Russian intelligence along to a range of agencies, including the Department of Homeland Security and the State Department. It also passed it along to the FBI, as if it did not know that the FBI itself already had the information from half a year earlier. Finally, the information was passed on to the National Counterterrorism Center, which put Tamerlan Tsarnaev on a terrorist watch list.

Incredibly, even after this, when Tamerlan traveled to Russia three months later, exactly as the Russians said he would, and while on that terror watch list, US authorities did nothing'
At the time of writing, it is unclear whether defense attorneys will once again request that information by providing O’Toole with more information regarding why they need access to these files. Still, it’s hard to fathom how the Tsarnaev’s A-Files and contact with the FBI is NOT germane to this case, even for something as benign as building a complete picture of Dzhokhar for either the guilt or sentencing phase of his trial.

Add to this, the Massachusetts ACLU lawsuit requesting similar information regarding the FBI’s involvement in the shooting of Tsarnaev friend Todashev. The group requested the information after the FBI and other federal agencies failed to respond to their Freedom of Information Act requests.
'The federal government’s collaboration with Massachusetts state and local police, especially through the [task force] has for years been shrouded in secrecy,” the lawsuit states. “The Massachusetts [task force] conducts hundreds of investigations in Massachusetts every year. Yet little is known about their structure and function'
The lawsuit notes that there is no publicly available list of agencies that participate in the task force, and there is no explanation for the chain of authority and protocols that govern local police officers when they work for the task force.
﻿Secrecy and obstruction﻿
Shrouding this information in secrecy will do nothing but churn speculation about what the FBI knew and when they knew it – speculation that has already spilled from Internet “conspiracy” sites onto the pages of some corporate media.

On the surface, a request of this type of information doesn’t seem out of the ordinary in a capital murder case. However, when coupled with the fact that the FBI and other federal agencies have been notorious closed-lipped about their prior involvement – even refusing to meet with members of Congress – the result is a troubling mix of obstruction.

Even accomplished death penalty attorney David Hoose mused: “If you’re going to try to kill somebody, you shouldn’t be messing around with what should be turned over.”

It will be interesting to see where this heads: either the FBI knew Tamerlan Tsarnaev before April 19, 2013 or it didn’t. And, if they didn’t, what explains their seemingly disinterest in following national security and immigration protocols with him or his friend, Todashev?

Related Posts:
Official confirmation the FBI lied?
ACLU, Todashev, and surveillance concerns
Suspected Terrorists or Terrorizing Suspects? The Killing of Ibragim Todashev﻿
What inside knowledge is driving the official push for answers in the Boston bombing investigation?
Incompetence or Deliberate Inaction?
Tamerlan's passport and the terror watchlist issue
Recommend this:
Tweet
Click to set custom HTML
Click to set custom HTML
VISIT OUR MAIN ARTICLES AND FEATURED STORIES INDEX HERE
Want more? For NIPS, quick takes, and blog posts by the main contributors to this site visit here
________________________________________________
We actively encourage comments, discussion and debate on this site! Please remember to keep it relevant and be respectful at all times.
comments powered by Disqus
Powered by