THE GOVERNMENT’S MAN: How to Read the Resume of a Terrorism Expert

March 24, 2015
In the June 2012 edition of Harper’s Magazine, Mr. Ken Silverstein, an investigative reporter, featured an article entitled “THE GOVERNMENT’S MAN: How to Read the Resume of a Terrorism Expert.” In that article on pages 58 and 59, Mr. Silverstein exposed Mr. Matthew Levitt’s false expertise on terrorism. 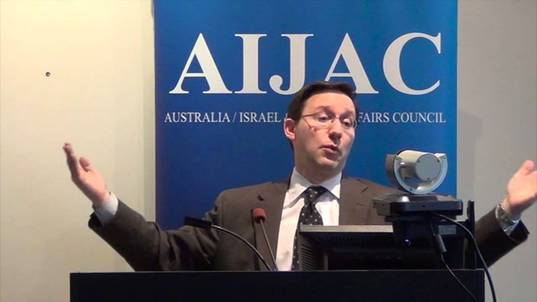 "Matthew Levitt cites his “extensive field research” among his qualifications, yet for Hamas, his 2006 book on the group’s charitable work (which he claims is inseparable from its terrorist activities), his only interviews with Hamas members took place inside an Israeli prison.

He also managed to write the book without visiting any of the zakat committees that collect and disburse funds for social─welfare projects. “It raises an interesting point,” Levitt conceded when asked about the oversight by a defense attorney during a 2007 trial. “I think I will, next time I visit."
A derisive review by the Jerusalem bureau chief for the New York Times─headlined MILITANT ZEAL, a reference to Levitt, not Hamas─ said the book had relied so heavily and uncritically on Israeli sources that readers might easily see it as “fronting” for the Mossad.

The slimness of Levitt’s field research is perhaps understandable considering he neither speaks nor reads Arabic, a fact revealed during a trial against members of an alleged Hezbollah sleeper cell in North Carolina. When former CIA official Robert Baer was subpoenaed by the defense to challenge Levitt’s credentials, he likened Levitt’s shortcoming to “being an expert on China and not speaking Mandarin.”
North Carolina
“In the North Carolina case, the so-called terrorist operatives were accused of smuggling cigarettes and “sending a significant portion of their profits” to Hezbollah, as Levitt later wrote in Foreign Affairs. Levitt testified that the cigarette smugglers had employed the “typical Hezbollah modus operandi,” which included arranging “sham marriages” to get visas and trying to “stay as much under the radar as possible.”

Only one of the twenty-five people initially indicted in the case, Mohamad Hammoud, was actually convicted of providing “material support” to terrorists: for having sent to Lebanon a grand total of $3,500 out of about $1.5 million in profits- hardly a “significant portion.”

The defense claimed that the money was sent to a man who runs social-services programs funded by Hezbollah, which is the primary provider of welfare and charity to Lebanon’s Shiite community. Levitt told the court that, according to private conversations with sources he would not disclose, the man was a terrorist military commander.

Levitt’s testimony helped win a 155-year sentence for Hammoud, which was later reduced to thirty years. The sentence is currently being appealed again.
Paid by the hour
Terrorism experts often have professional, ideological, and financial incentives to side with the government. For his turns as an expert witness Levitt typically bills the government $200 an hour. Not coincidentally, his role also dovetails neatly with the policy objectives of his employer, the Washington Institute, which was founded by the powerful pro-Israel lobby AIPAC. These gigs are, of course, self-reinforcing, each one serving to further legitimate Levitt as an expert.

Less well served by this arrangement are defendants, whose cases can be won or lost on the basis of witness testimony that is all the more convincing when the government withholds so much of the hard evidence from the jury.

Though Levitt refused to answer questions for this story, he did send me an email in which he listed his accomplishments and areas of “specialized expertise,’ noted his upcoming testimony before Congress and “status as a professor,” and reminded me-twice-of his “many awards.” And to be fair, who can blame him for being impressed by his illustrious C.V.?”

[Original post here]
Recommend this:
Tweet
VISIT OUR MAIN ARTICLES AND FEATURED STORIES INDEX HERE
Want more? For NIPS, quick takes, and blog posts by the main contributors to this site visit here
________________________________________________
We actively encourage comments, discussion and debate on this site! Please remember to keep it relevant and be respectful at all times.
comments powered by Disqus
Powered by