Todashev: May not have provided key details on the Waltham murders after all by B Blake

December 5 2014
A Chechen man who allegedly implicated himself and suspected Boston Marathon bomber Tamerlan Tsarnaev in a brutal 2011 Massachusetts' triple murder may not have revealed any key details about the crime, or the level of Tsarnaev's suggested involvement, according to a federal judge. 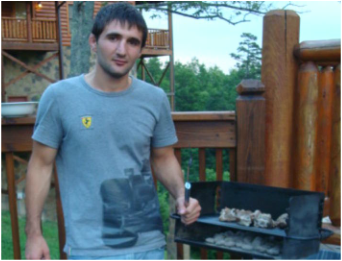 "The government submitted to me for review FBI 302 reports of interviews of Todashev [with respect to Tamerlan Tsarnaev's role in the Waltham murders], as well as a video and audio recording of an additional interview.  Only one of these materials, an FBI 302 report dated June 7, 2013, is pertinent to the request", said  O'Toole.

Tsarnaev's lawyers were seeking to establish "Tamerlan’s role in the Waltham murders and evidence concerning the brutality of those murders", because it could bolster a potential death penalty argument Dzhokhar was coerced, or unduly influenced by his "violent older brother".

But after reviewing Todashev's alleged statements, O'Toole concluded:  "I fully understand the mitigation theory the defense thinks the requested discovery may advance. But contrary to defense speculation, the report does not materially advance that theory beyond what is already available to the defense from discovery".

The ruling effectively means Todashev never elaborated on Tamerlan's purported involvement in the grisly murders, beyond the scant details he provided in an unfinished handwritten confession, because the government says the confession itself is its "only discoverable item".

Todashev's confession did not match the crime scene and fell short of even mentioning the killings.

The latest revelation confirms an admission by the government who, despite numerous claims to the contrary, were forced to concede they have "no evidence Tamerlan Tsarnaev participated in the Waltham murders", in a court filing dated November 2014.

Todashev, 27, allegedly admitted his and Tsarnaev's involvement in the murders and was "moments away" from completing a written confession when, according to the FBI, he flipped a table injuring Special Agent Aaron McFarlane, who subsequently shot him dead in his Florida home in May 2013.

McFarlane was cleared of any wrongdoing, but it later emerged he had been the subject of two police brutality lawsuits and four internal investigations.

He was also embroiled in the notorious 'Riders' police corruption scandal which saw McFarlane flip-flopping on the stand and accused of lying by Federal prosecutors - a troublesome record that none of the enquiries into Todashev's shooting had disclosed.

Brendan Mess, 25, Erik Weissman, 31, and Raphael Teken, 37, were found dead at Mess' Waltham apartment on September 11 2011. Their throats had been slashed so violently they were almost decapitated. Marijuana and cash were sprinkled over the bodies.

State investigators have refused to reveal any details about the case, citing the 'ongoing investigation', and the killings remain unsolved.

Dzhokhar Tsarnaev, 21, faces 30 charges in connection with his alleged role in the marathon bombings and the death of Sean Collier, 17 of which carry the death penalty.

He is scheduled to stand trial in January 2015.