January 13th 2014
"The FBI takes very seriously any shooting incidents involving our agents, and as such, we have an effective, time-tested process for addressing them internally. The review process is thorough and objective and conducted as expeditiously as possible under the circumstances"
FBI statement in reaction to the shooting of Ibragim Todashev 05.05.2014 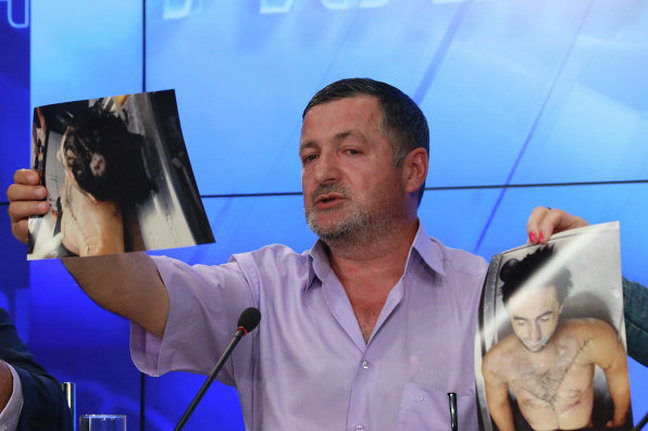 FBI report into the shooting of Ibragim Todashev has been completed
The Federal Bureau of Investigation recently announced that it has completed its long awaited internal investigation into the fatal shooting of Ibragim Todashev, and stated that it was now “eager” for the results to be released. FBI Director James Comey said:
“I am eager for the report of that incident to be released. The bureau, long ago we completed our internal review of the matter. My piece of it, the internal investigation, is complete, so it is really on others to finish their work"
Whilst this appears to be positive news (not least for the family of Todashev who have spent months campaigning for information on the circumstances of his death), one must also view the announcement with a healthy degree of skepticism.

Why?
Because over the last 20 years, the FBI has shot and killed over 80 people in suspicious circumstances. On each occasion they have conducted their own internal investigation into the case and, perhaps unsurprisingly, reached an identical conclusion in every incidence. Neither the FBI, nor the agent(s) who fired the fatal shots were ever at any fault. Each 'regrettable incident' was entirely justified, from which the Bureau states'many lessons were learned': which seems a particularly ridiculous statement given such a shameful record of shootings over a considerable number of years.

When faced with such depressing statistics, can we really expect anything different with respect to Todashev's killing and the culpability of the Federal Agent who shot him? It seems unlikely.

However, if the Bureau wishes to break with tradition and redeem itself, the report into Todashev's shooting presents itself as an ideal opportunity. The FBI has faced a storm of stinging criticism over its handling of the case and subsequent investigation. The Bureau initially released conflicting information over what allegedly led to the shooting itself (through various sources), then invoked a strict code of silence over the case, barring all official comment and blocking the release of Todashev's autopsy report, whilst simultaneously refusing to answer questions from Todashev's family, and eventually Congress itself. What better way to redress the balance than answer all those lingering concerns in a comprehensive and truthful manner?
What the report needs to answer:
When will the public actually see the report?
Unfortunately, as FBI Director James Comey notes: after almost 9 months, the report is still NOT being released to the public yet -  despite his thinly veiled attempts to suggest otherwise. It seems the FBI are merely paying lip service to recent concerns over lengthy delays in the case and have taken to the media to state their position in a positive light, masking the fact that once again, they are stalling.

The revelation that they completed their internal review 'months ago' does not bode well either. If that's the case, why did Ibragim Todashev's father feel his only recourse to justice and the truth about his son's death was to contact President Obama and plead for a resolution to the case? Regardless of others not 'finishing their part' of the investigation, what possible excuse can the Bureau offer for not explaining the exact circumstances of a death it played a primary role in to the family of the bereaved? Especially when they have been fully aware of the exact circumstances of that particular role for many months?

The FBI's admission and subsequent delays in the case are an absolute disgrace, but unfortunately if history is anything to go by, that may not be the end of such shameful and contemptuous behaviour. The public awaits.

Related posts:
Suspected Terrorists or Terrorizing Suspects? The Killing of Ibragim Todashev
Defense lawyers, Senators and the media: All are refused access to vital information in the Boston Bombing case due to the 'ongoing investigation'. Why?
Police corruption: Drug gangs, steroids and fighting gyms. Who really had a motive to kill the Waltham three?
Recommend this:
Tweet
VISIT OUR MAIN ARTICLES AND FEATURED STORIES INDEX HERE
Want more? For NIPS, quick takes, and blog posts by the main contributors to this site visit here
________________________________________________
We actively encourage comments, discussion and debate on this site! Please remember to keep it relevant and be respectful at all times.
comments powered by Disqus
Powered by