June 13 2014
Lawyers for suspected Boston marathon bomber Dzhokhar Tsarnaev have asked a judge to view audio and video recordings of the interrogation of Ibragim Todashev, who was shot in his Florida home in May 2013.

The electronic recordings of the Todashev interviews disclosed by the Florida state investigators’ March 2014 report provide the best evidence of what Todashev said about Dzhokhar's brother, Tamerlan Tsarnaev, attorneys said. 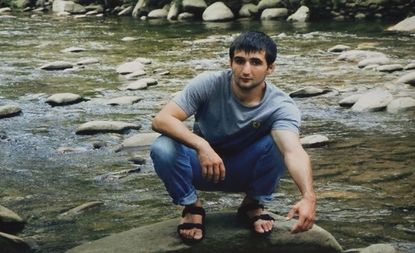 "The fatal ending of the FBI’s May 22, 2013 interview with Todashev, and the controversy that followed, provide particular reasons why the Court should examine the actual video and audio recordings of the Todashev statements, rather than confining its review to second-hand renditions by the very FBI agent whose conduct has been under intense scrutiny ever since"
Todashev was shot seven times by FBI agent Aaron McFarlane in May 20013 after allegedly confessing his involvement in the Waltham triple murders of 2011. He purportedly implicated Tamerlan Tsarnaev in the same crime.

McFarlane, a former beat-cop, was sued in several police brutality lawsuits during his employment with Oakland Police Department in the early 2000's. He was also the subject of four internal investigations.

Attorney's are in the process of preparing mitigation against a possible death sentence should Tsarnaev be convicted. His lawyer, David Bruck, said any sentencing proceeding from the case will likely centre on a comparison of Tsarnaev's character, record, and conduct with those of his older brother.

Had Todashev not been killed he may have appeared as a defense witness, lawyers said.

Judge O Toole previously agreed to review Federal agent's 302 reports regarding the confession, although the government said they contained little information pertinent to Tamerlan Tsarnaev's alleged involvement or his character.

Noting that 302 reports are not best evidence in this case, the defense said:
"...best evidence is the MSP’s actual contemporaneous recording of Todashev’s account, not the subsequent memorialization of that account by the very agents who killed him before he finished it"
It will be interesting to see if the judge agrees.
Related posts:
Todashev: Agent involved in shooting had a questionable history
Todashev crime scene photos revealed
Recommend this:
Tweet
VISIT OUR MAIN ARTICLES AND FEATURED STORIES INDEX HERE
Want more? For NIPS, quick takes, and blog posts by the main contributors to this site visit here
________________________________________________
We actively encourage comments, discussion and debate on this site! Please remember to keep it relevant and be respectful at all times.
comments powered by Disqus
Powered by