What inside knowledge is driving the official push for answers in the Boston bombing investigation? by B Blake 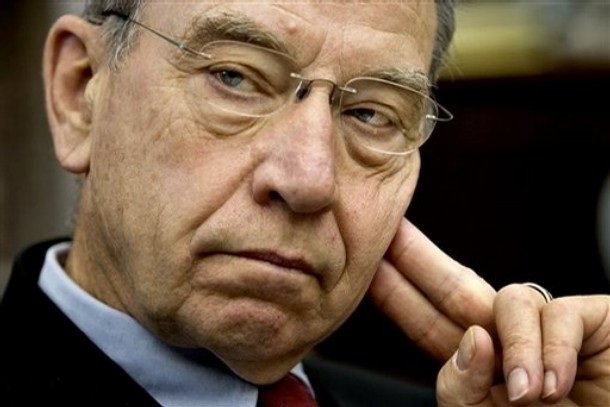 U.S Senator  Charles Grassley
Senator Charles Grassley recently ramped up the pressure on those tasked with investigating the Boston marathon bombings by making public a letter he sent to the FBI seeking answers to a number of troubling questions. He also severely criticising the Bureau for their repeated lack of transparency in the case. Grassley, a senior Republican from Iowa and a member of the Senate Judiciary Committee was furious at the FBI and it's Director James Comey for repeatedly stonewalling him on a series of important issues he raised back in June about the marathon bombing and subsequent investigation.

The letter revealed that FBI undercover teams had  been secretly conducting surveillance on the MIT campus on the night Sean Collier was killed yet had failed to inform any local law enforcement bodies of their activities and have so far refused to reveal the exact details of why they were actually there. This aspect alone demonstrates what may be one of the first indications of insider knowledge leaking out to the wider community in the beleaguered case. Who else could of known about the covert surveillance activities that night? Grassley's strongly worded response would not have been produced had he and his staff members not been in possession of verifiable details and documentation to support it. Evidently, a standard flat denial was not enough for Senator Grassley.

The Collier aspect of the investigation was not the only area Grassley was inquisitive about. He appeared to be asking several of the exact questions others seeking answers have also been enquiring about for the preceding six months, particularly in reference to the imagery allegedly used to identify the marathon bombing suspects.

Grassley enquired:
These are very important questions for several reasons.

The investigation has long been criticised for it's hurried nature in the initial stages. Within hours of the bombings authorities released statements saying they had identified the suspected bombers from surveillance footage and that they had been observed depositing identical black holdalls at both sites of the twin explosions. Clearly these individuals could never of been Tamerlan and Dzhokhar Tsarnaev so what prompted the u turn and perhaps more importantly, did they ever seek to trace the initial suspects they believed to be responsible?

It seems very unlikely as within hours of that announcement came another: the release of photographs of the Tsarnaev brothers along with a statement that:
'For clarity, these images should be the only ones—the only ones—that the public should view to assist us. Other photos should not be deemed credible'

Richard Deslauriers  04/18/2013
Why? What was so special about a handful of blurry indistinct images from the many thousands they had yet to view and why was EVERY other image suddenly deemed 'not credible', especially in light of the fact that only hours earlier they had been equally sure two other individuals had been responsible for the marathon bombings?

The FBI aren't talking - will they talk to Grassley?


What steps did they take to identify them?

The Bureau have since denied several times that they ever knew the identity of the marathon bombing suspects in the early stages of the investigation, a claim that has since been undermined by a series of embarrassing revelations indicating that they had actually had contact with Tamerlan Tsarnaev over the preceding five tear period. Moreover, the FBI allegedly telephoned Tsarnaev a few days after the bombings to ask him if he would come in for questioning on the matter - an occurrence the Bureau have repeatedly refused to 'confirm or deny'. Is it really possible that after having identified the alleged perpetrators of the USA's biggest terror attack on home soil since 9/11 the FBI simply left them to it?

It seems unlikely, so what else aren't they telling us and why?

If the Collier Surveillance disclosures point to insider knowledge then there is every reason to believe official questions surrounding the images and the premature identification of the suspects point to the same. This becomes even more apparent by the FBI response: a point blank refusal to answer any specific questions about the case (or even bother to attend questioning sessions) and instead issue guarded statements through the press rather answer any  questions directly.

Given that the FBI statements regarding the images are becoming increasingly doubtful the push for answers seems to be gathering pace. Grassley now joins his congressional colleague U.S. Rep. William Keating, a Massachusetts Democrat who sent his own letter demanding answers to the FBI in July, as one of America’s leading political cynics of the Bureau's unfathomable account of the bombing and its aftermath.
And the knowledge that is driving that push indicates there may be many more officials who seek answers to the same. 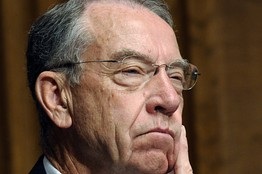 
Related posts
An Urgent Question for Authorities: Exactly when did Dzhokhar Tsarnaev place his bomb?
False Gods: A photographic and Timeline Comparison
The Blue Runner Challenge
Senator Charles Grassley's full letter is available to read/download below