WILL THE MEDIA AND
LAW ENFORCEMENT STOP PLAYING ABBOTT AND COSTELLO?

It is very unlikely that we will ever fully understand what happened on that fateful night as a tragedy unfolded, but what we can do is lay out the available facts and see what patterns, if any, emerge - 'fact patterns' as one of our contributors calls it.

The 'Fact Patterns' that emerge from lengthy and detailed analysis of witness accounts, scanner reports, digital and video accounts, news stories, and law enforcement explanations, stand in stark contrast to the 'official narrative' and form the basis of a counternarrative whose general outlines are examined below.  The counternarrative is not attempting to prove guilt or innocence, but rather seeks to understand just exactly what happened and why.  And if there is a chance, however small, that it can contribute to the cause of justice for the victims in this case, then so be it. 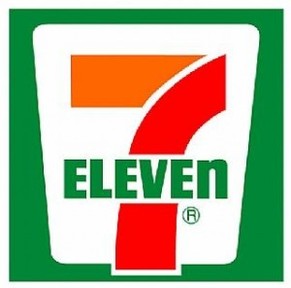 After first alleging that the brothers robbed a 711 store situated at 750 Mass Ave, authorities were forced to back off that position due to a strongly worded denial issued by 711 that the store was never robbed by the brothers. A 711 PR spokesperson confirmed the surveillance video and stills did not, in fact, show the brothers and that the entire episode was a mix-up. Law Enforcement were solely responsible for releasing surveillance stills showing the brothers at a Shell Station on Memorial Ave, whilst wrongly claiming they depicted the suspects at the 711.

Interestingly, Lt Timothy Alban, Head of Mass State Troopers, said at a nationwide press conference on the evening of 19th April 2013, that the brothers did not rob the 711 at 750 Mass Ave, but stated the brothers were present at the time of the robbery.  It was reported by several news agencies that the brothers were seen on surveillance footage, although it is unclear if that admission came from Alban, 711, or other unnamed sources.

The crux is that the brothers are widely acknowledged to have been present at the store (whether inside or out) at, or around the time of the robbery. No one has ever stepped forward to dispute that report.
WHAT'S ON SECOND?

Now, the 711 store is situated in Central Square, Cambridge - the same Central Square Senator Grassley has repeatedly questioned the FBI about both in public, and in a letter he published last week.  He noted that 'sources' had brought to his attention the fact that the FBI were conducting a large-scale undercover surveillance operation in Central Square that evening. Grassley was seeking confirmation as to who, exactly, the Bureau had in their sights that night.

The FBI initially denied their presence of course, but later issued a statement in the media admitting as much. In a carefully worded statement they refuted the allegation that they were conducting surveillance on the Tsarnaev brothers. Later that evening, Fox News reported that sources had revealed the Bureau were actually engaging in the surveillance of 'students' whilst present in Central Square on the night in question.
So, who or what was this large assemblage of FBI agents looking for, surveilling, or perhaps preparing to take action against?
Could it be that Senator Grassley has a whistleblower on his hands? It is difficult to envisage why he would have asked those very specific questions, about a very precise location, and enquired in such a detailed manner about action taking place there, unless his staff and the Senate Intelligence  Committee had thoroughly vetted information received. So much so -  it is likely they already knew the answer. The FBI however, wisely declined to be drawn into that debate. It appears that there is something very amiss in Spooksville, USA.

'I DONT KNOW' IS ON THIRD
The significance of all this?  Well, firstly, an armed robbery at gunpoint occurred right under the very noses of scores of the FBI's finest that evening. 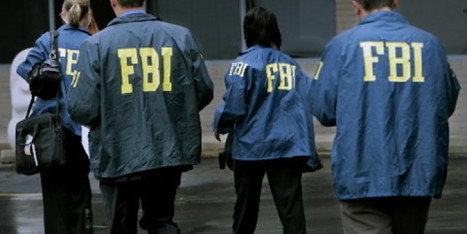 Secondly, the most wanted men in America (not named Pitt or Clooney), were seen at that exact moment, casually walking into/stood outside a 711 and getting in line for a Big Gulp - in plain sight of multiple undercover FBI surveillance teams.

Crucially, this puts the brothers and Daniel Morley (probable) in/at/or around the 711 between 10 pm and 10:15 pm - when the robbery was reported to have taken place...

This places all three men 10-15 minutes away from the shooting of Sean Collier.  Daniel Morley was employed by MIT and worked in a building directly behind Collier's stationary patrol vehicle on the night in question. Morley had been working at MIT for 7 years so would have known his way around the campus very well. It is also likely that he would have known Collier. It is possible that Tamerlan Tsarnaev knew Collier too. Several years previously, Collier had volunteered at the same Somerville gym attended by Tsarnaev.
The 711 robbery suspect, who bears an unbelievably striking resemblance to Daniel Morley, was clearly described on police radio scanners. Furthermore, an individual matching the same description was seen by at least two independent witnesses. One on Vassar Street close to where officer Collier's gun was located, and another (a bell hop) who was stood outside of the Marriot Hotel on nearby Main Street.

It does not take a rocket scientist to figure out it is only a quick jaunt from the 711 store at 750 Mass Ave, to where Collier was situated in his patrol vehicle, slightly off set from Vassar Street, then from there down to Main Street. It is likely that the suspect was heading to the Red Line train station or was hiking it over the Longfellow bridge.  Also, when consulting a map of the MIT campus, it is clear there are several entry points onto the campus from Vassar Street. One is adjacent to Compton Courtside (where Collier was located) and is directly opposite 15 Vassar Street - where the suspect was spotted.

WHY IS IN LEFT FIELD?

At 10:28 pm emergency dispatch took a call from a resident who stated he had heard the clanging of trash cans up in North courtside. The caller noted that they had seen an officer 'just sitting out there' and was curious as to what the noises were about. Dispatch acknowledged the call, informed the caller they knew nothing of the disturbance, and assured them they would look into it. Then at 10:29 pm dispatch announced:
"receiving a call for an armed robbery at 711, 589 Mass Ave, standby. We have a Hispanic male, black coat, black cowboy hat, and jeans, displayed a small silver firearm"
At 10:30 pm the first distress call came in of officer down: the call is thought to have originated from Collier himself

WHY... IT'S SADLY STILL OUT IN LEFT FIELD 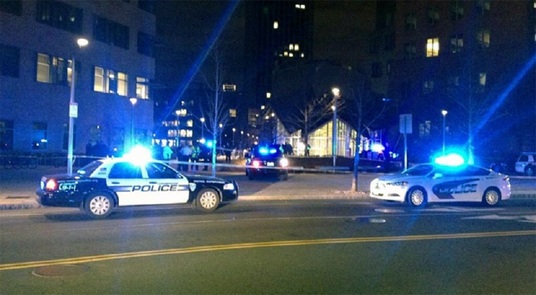 It is difficult to envisage what could have occurred that night on the quiet stretch of sidewalk where Officer Collier was killed. There is much speculation as to whether it was an act of depraved malice, a confused outburst, or a cold-blooded order to eliminate what Officer Collier might have known.  On these speculations we should not dwell.  For unless a witness or a participant steps forward and gives an account, it is seriously doubtful  we will ever know much more.
However, by applying our method of seeking 'fact patterns', a compass may provide us a direction in which to look.
To summarize what we do know -a re-cap
That alone should motivate investigators to keep the Collier file open and continue to aggressively pursue all and any leads.
Further:
So that brings us to the brothers.  What strange and complicated route must they have taken from the 711 in order to reach  Collier's patrol car? If the official account is to be believed, they approached Officer Collier from the rear.

What do we know:
HEADING HOME

Unfortunately, there is no home run in this story, but our compass now points in many new directions, and in the case of Officer Collier's murder, points away from the Tsarnaev brothers. Daniel Morley is clearly a person of great interest and should be investigated immediately. More generally, the evidence that is publicly available demonstrates that authorities now have a huge problem on their hands: not only does it contradict itself in all manner of ways, it also suggests they are all too aware of that fact.

If the person on the 711 surveillance video is not Daniel Morley, it may be possible for Law Enforcement to eliminate him entirely from enquiries. If, on the other hand, that person is Daniel Morley, but did not rob the store, Daniel Morley can be eliminated from enquiries as a suspect, but is still a potential witness. Given that there are several very good reasons to investigate here, it is strange that the public has not been kept informed of the progress of the enquiry.

Regarding the MIT surveillance footage: the silence is, to say the least, interesting. Perhaps some wise caution is being exercised, particularly as there have already been claims regarding surveillance footage (on Boylston Street), that, although very detailed, were later shown to describe what is physically impossible. This level of detail has not made it into the indictment. Thus, what was previously 'best evidence' at the Criminal Complaint stage is now reduced to hearsay.

In light of this, it is worth keeping an open mind on the question of the brothers' presence at the 711. We were assured by Gov. Patrick that the surveillance footage on Boylston Street was 'chilling', but at the time, he had not actually viewed it. And, as stated above, it is not clear as to who, exactly, saw the brothers at the 711.

Regardless of this, there is still no evidence that suggests the brothers were Officer Collier's killers. Furthermore, what evidence there is, points away from their culpability entirely. It is hard not to conclude that Law Enforcement has a problem on their hands regarding the evidence that is now currently available from which the public may make determinations, and develop an informed opinion.

Finally, in addition to our 'fact patterns', we see another pattern, which is present in every aspect of the wider case. Despite the walkbacks, the revisions, and the deafening silences, the insistence (of Law Enforcement) on a particular narrative remains as determined as ever. That the Tsarnaev brothers were/are violent, dangerous Jihadis. No other scenario has been considered, or so it would seem. The bizarre enslavement discredits Law Enforcement, including its many conscientious officers, who do not deserve it. It is also characteristic of a situation ruled by desperation and delusion: almost as if insisting on the official narrative will somehow make it come true. Furthermore, the lack of transparency, whether by accident or design, gives effectively an immunity from accountability – for the moment.

There is perhaps no clearer illustration of this than in the murder of Sean Collier. Despite there being no evidence to link the brothers to the murder, and despite there being an open line of enquiry (see above), there is unstinting adherence to the official narrative. Honest mistakes are almost inevitable in any complex enquiry, but are generally explicable. However, given the myriad walkbacks, inconsistencies and downright contradictions in this case, and the apparent cherry-picking with regard to lines of enquiry, the conduct of Law Enforcement (including the prosecution) is all the more astounding. This is, and has been, the pattern from the outset of the enquiry. There appears to be very little, if any rationality in such a rigid adherence to a very hastily-established official narrative. And the aforementioned bizarre enslavement looks increasingly like it exists to serve a strictly-imposed covert agenda. This is much more than a little local difficulty.