A tale of two confessions by B Blake

March 27th 2014
Ibragim Todashev Report
According to a recently released report by the Florida Attorney General, Ibragim Todashev was in the middle of writing a confession that would detail his involvement in the Waltham murders of 2011 when, after a violent outburst, he was shot and killed by an FBI agent present at the scene.

This is Todashev's alleged confession, which was  provided by the FBI to the Florida State Attorney's Office. The top page is detached from the main notepad, several spots of blood can be seen on two separate pages, and there is no visible binder at the top of the pad. 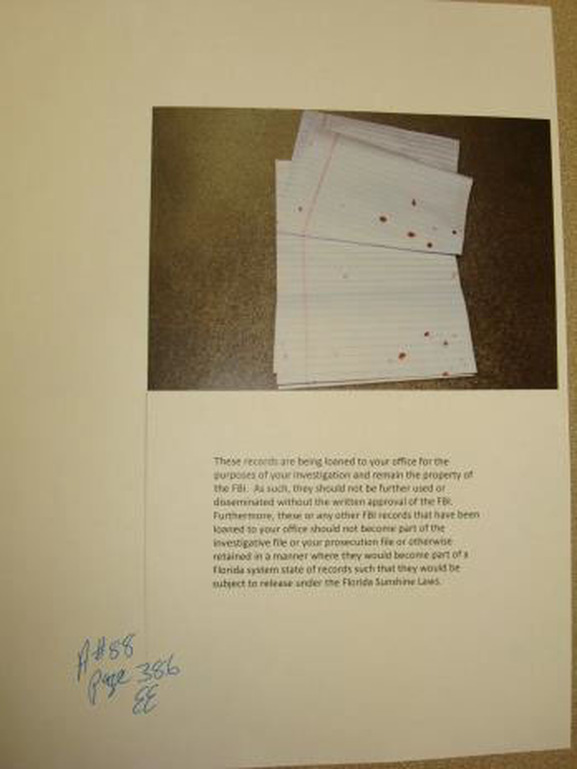 This is also Todashev's confession, a redacted version of which appeared in the Florida State Attorney's report. The top page has been removed from the pad (top right corner), the blood spots have all disappeared apart from one, and the binding at the top of the pad (Legal Pad) is clearly visible. 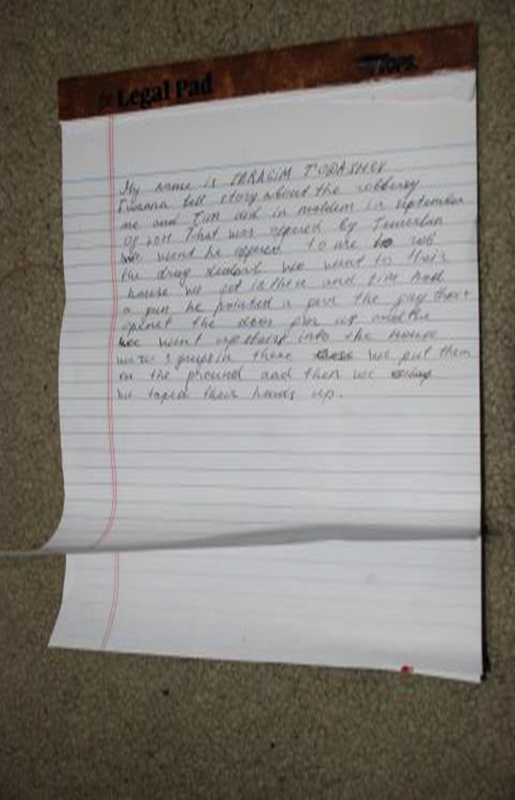 Two confessions?
It is abundantly clear that these two 'confessions' are not the same. They were either written on two entirely different notepads, or severly tampered with at some stage. Given all the other conflicting and nonsensical 'evidence' that appeared in the Florida State Attorney's report, this could prove to be highly significant.

Who wrote Todashev's alleged confession? And if he wrote it himself, who tampered with the evidence?

Related posts:
Suspected Terrorists or Terrorizing Suspects? The Killing of Ibragim Todashev
Recommend this:
Tweet
VISIT OUR MAIN ARTICLES AND FEATURED STORIES INDEX HERE
Want more? For NIPS, quick takes, and blog posts by the main contributors to this site visit here
________________________________________________
We actively encourage comments, discussion and debate on this site! Please remember to keep it relevant and be respectful at all times.
comments powered by Disqus
Powered by