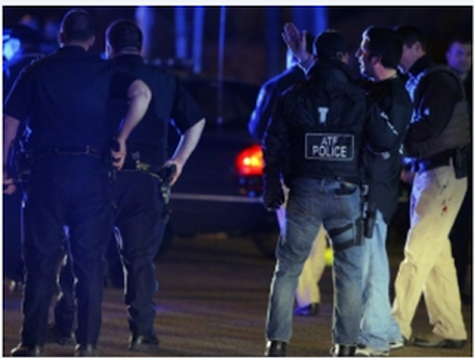 This is a second scanner transcript from the night and morning of April 18, 19, 2013.   This was transcribed from a private recording posted to You Tube.  It did not have corresponding time stamps.  Where you see a timed remark, indicates it was a duplicate in that general time area found in Transcript 1.

BOLO (Be On the Lookout For.... Law Enforcement jargon)

508, inaudible...supposedly he is saying inaudible...fled towards Harvard Square. I believe he also said one of the suspects went into the Shell Station and paid cash for gas, put gas in the car, before they fled and that was when the victim was able to get out of the vehicle

Control:  they went into that gas station, paid cash for gas and then fled towards Harvard Square?

Tango inaudible....Does the victim report the operator, that was operating the vehicle was armed with a firearm but he was unsure about the passenger

He said the operator of the vehicle displayed a firearm

Charlie where is the car parked?

inaudible  ....you can add me to the board.  be advised - myself and the 609 will be partnered with MIT officers running calls through Cambridge -

Is there an officer driving the 609 right now?

yes sir it's been assigned to MIT along with the inaudible.

yea 532 the weapon is not in the back of that vehicle,  repeat negative on that weapon system.

do you have an age on the suspects?

car 5 to that unit we are in the Square if you want to jump in - I'm a I'm already
mobile with inaudible.

So 5 are heading over to Watertown as well - Car5?

are there any units with a water canister in their car?

ahh....the state police id'd  behind us  stolen vehicle at the same time on the TV they were explaining state police vehicles were leaving Mass General in a hurry.

226 thats not confirmed - I dont have visual of that - that just went by me.

Dexter and Laurel in Watertown.

Sarg I know you are saying Mt Auburn but Mt Auburn is a large street.

Okay I have it.
RESPONDING UNITS BEGIN CALLING IN
12:48 am throwing some type of explosives, grenades here - they are in between the houses.

I can hear a grenade going off.

12:46:08 am I am being told one subject at Dexter and Laurel  is attempting to get back in vehicle and take off - 0ne subject, more shots fired

12:46:58 am -  Okay units Clear the air being told they are throwing explosives explosions of some sort grenades here - they are in between the  houses.

this is the 5054 I am at Fairfield crossover

were in route, we are on our way

Control this is 17 I am going up Windsor and Broadway.

Any of you need an ambulance on Adams Street?

are you responding there 54?

111 there is an officer down at Hazel and Dexter.

Do you have 2 suspects? or do we have a suspect out here on the point?

Sarg stand by - we are setting up a perimeter.

982, Patch it up with probably Watertown, yea Watertown for now -there is a report of second officer down, there is definitely hand grenades and automatic gunfire.

Spruce& Lincoln - turn right after go past the mall and it should be there on your right.

14 we are being ordered back by the police.

Maintain a safe distance do you copy?

14 we are being advised we are being told the injured police officer has been transported to the hospital and they may have a suspect who may be injured - there may be explosive devices on scene we are being ordered back.

minimize radio traffic, lets go to a safe location -advise when you are their - maintain a safe perimeter

I am making way on foot to Spruce.  I think I am pretty close.

We need long guns up there.

Ray where are you?

We have the suspect vehicle, the Mercedes at Lincoln and Spruce - unknown if anyone is attached

13, CP I am on foot in the backyards between Dexter and Laurel.

We could use troopers here at Lincoln street, I don't know if that's been covered yet - I would  partner up. I would not go out alone.

inaudible.....Setting up a perimeter from Arsenal, School, Mt Auburn

bravo 111 we have Brookline here, FBI as well.

its off on Spruce but we could not advance the vehicle

asking everyone to switch over to channel 1

that vehicle is being taken out at gun point, so far he is complying

Station H we are at 98 Spruce we need to expand the perimeter in 4 directions from 98 Spruce - all police officers coming in  a three block radius from 98 Spruce start working that with interagency's.  We have enough help up here we need everything from 98 Spruce 2 blocks deep for now and expanding.

Okay once we complete those 2 blocks - expand it two more blocks from those areas.  okay - we have plenty of police officers lets start using them - from 98 Spruce, first 2 blocks then 4 blocks.

Sir this might be a dumb question - will any of our cell phones inadvertently set off these er ahh unexploded ordinances?  should we shut them off at distance or leave them in our cruisers.

It is possible for the cell phones to set off the devices.

Control can you make an announcement for people to leave them in their cruiser.

CP received - all units in the area power down all cell phones for fear of explosions.

inaudible....we have multiple locations of devices, can we please have someone

inaudible.....locations, so we can deploy our assets, please.

All units will stay away from suspect vehicle until......inaudible ......goes in.

is the black pickup still outstanding

Can you confirm that they have the suspect vehicle in the area - yes or no.

We still have it in the area of Spruce.

bravo 111 we have Brookline here, FBI as well.

its off on Spruce but we could not advance the vehicle

asking everyone to switch over to channel 1

inaudible.....confirm for me, I am here with several departments - we are trying to find out - are we going through the yards or do they have both of them?

The last update we have  - two suspects one in custody one down on the ground not in custody yet, - the locations we have are - Mt Auburn at Dexter/Upland and then Dexter at Laurel.

we are asking everyone to switch over to channel 1.
AT THIS POINT THIS FEED WENT TO NORMAL LOCAL CALLS OF BOSTON POLICE DEPARTMENT   -  SIMPLY FOR CONTINUITY, THIS IS THE BACK END OF SCANNER REPORTING FROM TRANSCRIPT 1 TO TRANSCRIPT 2.
inaudible ...I dont know if you have this yet, we are getting word of an officer missing - officer missing on Spruce Street.

12: 54am - Let Watertown know several units are with me here at Dartmouth street with long rifles - yea if anyone can confirm - that car that took off  - do they have both SP's or do we have the SP's out here on the point.

12:58   Officer checked out Central Square nothing is happening over there.

12:59 am Squad 4 is responding to Dexter Ave Watertown.

1:00 am lets us know what's going - we have a bunch of officers here at Dartmouth Street, let us know what you want?

1:00 am Control I don't know if you have it, one suspect down on Laurel Street - EMS on site- in custody - still looking for another in the yards

1:01 am - Sarg come up Dexter from Mt Auburn its a few blocks we are on your left

1:01 am -inaudible need you to get down here with the guns guns, long guns !  (BACK AWAY! background)

1:02 am - all right cuz we are at Spruce and were looking at one here - can you confirm that

1:03 am - do we have confirmation that there is a second party?

1:03 am there is a second party on the ground, in custody at Laurel Street with EMS

1:03 am Control still waiting for that..... be advised we have him on the ground waiting for a robot

1:04 am is there still something on Spruce

1:04 we have units off on Spruce, do we have a perimeter? do we have a suspect at Spruce If you have two there we need to know

1:04 am - I can only get confirmation of the one at Dexter and Mt Auburn.

1:05 am -(officer at Spruce)  19 are you giving me a confirmation and that both have been apprehended?

1:05 am (officer at Spruce) correct and there definitely the suspects?

1:05 am - we have not confirmation of the second party at Mt Auburn - what the relation is

1:06 am - 19, I don't know - I gotten word that there's one at Upland and Mt. Auburn in custody, I've gotten word there's another one at Dexter and Laurel - fallen down waiting for EMS - the second party is not out of his ....inaudible

1:07 am - 521, All non Cambridge units we have two suspects in custody - one at Dexter and Laurel and one at Mt Auburn and Upland.  Two suspects are in custody.

Video links to police scanner captures in sequential order from 10:15 PM to 1:40 AM that night: (thank you Carrie Mathison and Jimmys Llama)

We actively encourage comments and discussion on this site! However, please remember to keep it relevant and be respectful at all times.
comments powered by Disqus
Powered by